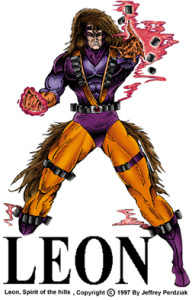 Leon is a character created by Jeff Perdziak. I met Jeff through a friend of his. She asked me to make an action figure out of Jeff’s character Leon and I did. I made the Leon figure out of the WILDC.A.T.S action figure Spartan. I first had to cut the collar off of Spartan. After I cut and sanded it down with my Dremel tool, I moved on to the pants. Using my Dremel tool again, I sanded down the flaps from the side of the pants. I used Milliput to make Leon’s hair on his head, the hair on the sides of his legs and the canisters on his chest. I painted Leon with Craft paints. They work the best for painting action figures. I made the arm band out of a thick piece of printer paper glued together and painted. 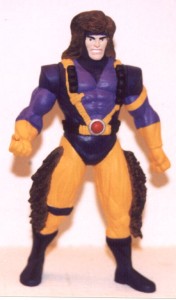 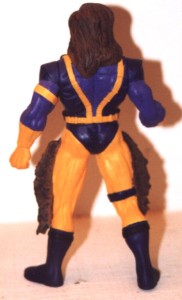 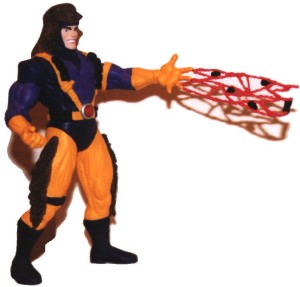 Click on the pictures to view a larger version